There comes a point when you need to rationalise what you game and collect. I never really got into WSS, but I did pick these Bavarians up somewhere. A while back. In a moment of madness.

Click on the pic for a larger version. If you are interested let me know and we can haggle :  )

There are 24 figures from Front Rank
Posted by greatwhitezulu at 12:29 AM 18 comments:

Painted by Tanner who also did the 6mm models in an earlier post. This one is 28mm.

Picked these up a few years ago, attracted by the fantastic paint job. They are painted in acrylics in NMM style.

Email ThisBlogThis!Share to TwitterShare to FacebookShare to Pinterest
Labels: 40k

Email ThisBlogThis!Share to TwitterShare to FacebookShare to Pinterest
Labels: 1956

I have just picked these up on ebay. Both are resin models by Cromwell Models, a company that has been very very difficult to obtain models from in the past. A third party has painted and listed them for sale on ebay.

The above two pictures are of an IS4 superheavy Soviet tank. The IS4 was a redesigned IS2. The 122 mm gun was retained but the hull was lengthened, an extra set of road wheels added, as was an improved engine. It was also up-armoured. Production commenced in 1948 although only 200 were built. Most of these were transferred to the Far East in 1950 for the planned Soviet intervention in Korea. They were decommissioned in the 60s.

The second is a French superheavy - the AML44. It is slightly out of period for 1956, having been mothballed in 1953. I like to think that they would have made a brief appearance in 56!
The hulls were built in 1946, then stored until 1949 when the French could afford to make the turrets which held a 90mm gun. They equipped the 503e Régiment de Chars de Combat  replacing Panthers that had been used by that unit.Initially,  the brakes, the gear box and the suspension were a problem due to the weight of the tank, some 50 tons.
They vendor on ebay is black-knight-studios. Some of the guys at the club have WW2 vehicles that they purchased from the seller. They look great and his service was said to be great as well.
regards
gwz
Posted by greatwhitezulu at 1:32 AM No comments:

Email ThisBlogThis!Share to TwitterShare to FacebookShare to Pinterest
Labels: 1956

again, painted and photographed by Tanner and sitting in my collection for a few years now...
Posted by greatwhitezulu at 10:05 PM 1 comment:

And here are some more by Tanner. GHQ figures.

I feel sorry for the Germans that I have - positively outgunned by the Soviets, but then that is the way the late war was, wasn't it?

Posted by greatwhitezulu at 5:00 PM No comments: 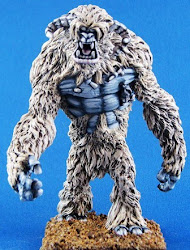